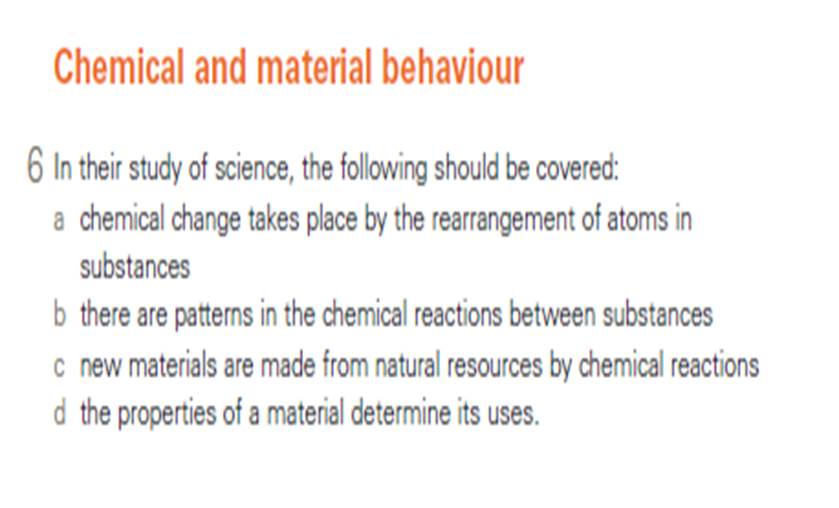 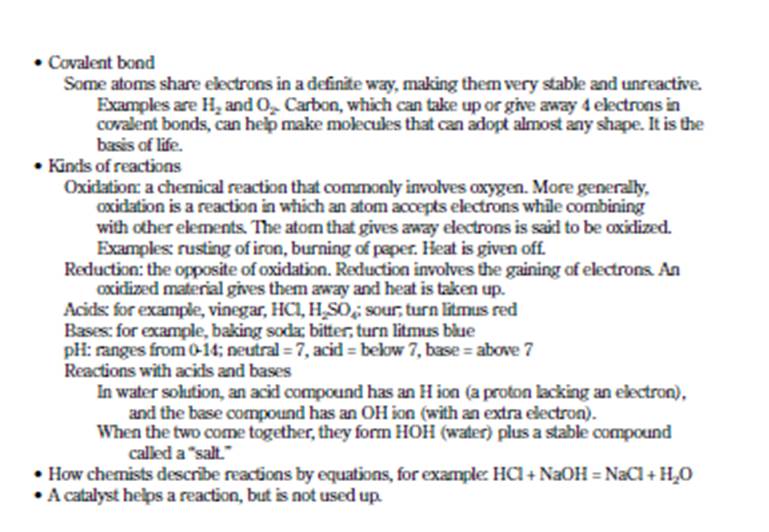 A few people saw these slides on twitter and thought that the point I was making is that the Core Knowledge curriculum is harder than the NC07 because it has more detail. This is not the point I was making. The salient point here is not that the CK curriculum is easier or harder than the 07 National Curriculum. The salient point is that the 07 National Curriculum was much vaguer. In the specific case of chemistry, it would be hard to make a judgment on whether or not the 07 NC is easier or harder than anything, because, as Tim Oates has said, it consists of a handful of statements which essentially describe all of chemistry.

The 2007 revisions to the National Curriculum statutory content in Chemistry in the secondary phase state that pupils must understand ‘that there are patterns in the reactions between substances’. Seemingly innocuous due to its generic character, this is, in fact, highly problematic. This statement essentially describes all of chemistry. So what should teachers actually teach? What are the key concepts which children should know and apply?

Some people have criticised the CK curriculum for being too prescriptive and praised the 07 national curriculum for allowing teacher freedom. The 07 NC did not in fact allow nearly as much freedom as is sometimes assumed: far from being unprescriptive, it prescribed a reduction in knowledge. It prescribed vagueness. This was made clear in the guidance notes, which said that there was a deliberate reduction in subject content in order that teachers could focus on key concepts. This approach was also reinforced through the national curriculum levels which accompanied it. Taken together, they suggested that the kind of vague language they used was sufficient for individual lessons; that is, that if you somehow practised ‘understanding that there are patterns in the reactions between substances’ you would understand it. I’ll return to this point in a later blog. Also, it is worth pointing out that the 07 NC was statutory – all the teachers in England had to follow it. US schools – or indeed any schools – can choose if they want to follow the CK, and can choose which parts they want to teach and which parts they don’t. But essentially, the 07 NC and Hirsch are both prescriptive: it is just that one prescribes useful detail and one does not.